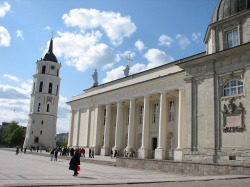 Vilnius Cathedral (c) 2008
Indo-European languages are spoken by half of the world's population. Lithuanian, is the oldest living Indo-European language and is spoken by 3.5 million people. The language belongs to the Baltic branch of the Indo-European family, which includes Latvian and Old Prussian. It can be described as "archaic" and can be placed along Latin, Greek, and Sanskrit for its linguistic importance. When spoken it has a soft sound that is  very melodious and harmonic.

When Lithuania was part of the Russian Empire, between 1864 and 1904, printing and teaching of the language was forbidden. The Latin alphabet was replaced with Cyrillic . But after illegal Lithuanian book smuggling the ban was lifted in 1904. Later when Lithuania was absorbed in the USSR, Russian became the primary  language until 1991 when Lithuania gained independence and the national language was reestablished.

There is a limited amount of resources for the English speaker about the Lithuanian language.  This site is devoted to help language students  learn this beautiful  language. We provided an alphabet pronunciation guide and  word lists/ dialogues with sound clips containing the essential words and phrases for beginners and travelers.

Please periodically return to the site for additions updates.

More information can be found at www.eurotalk.com 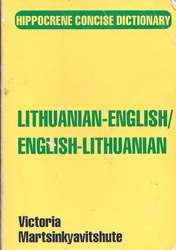 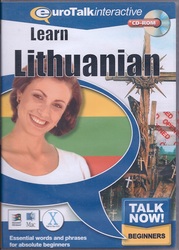 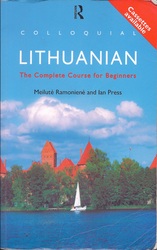